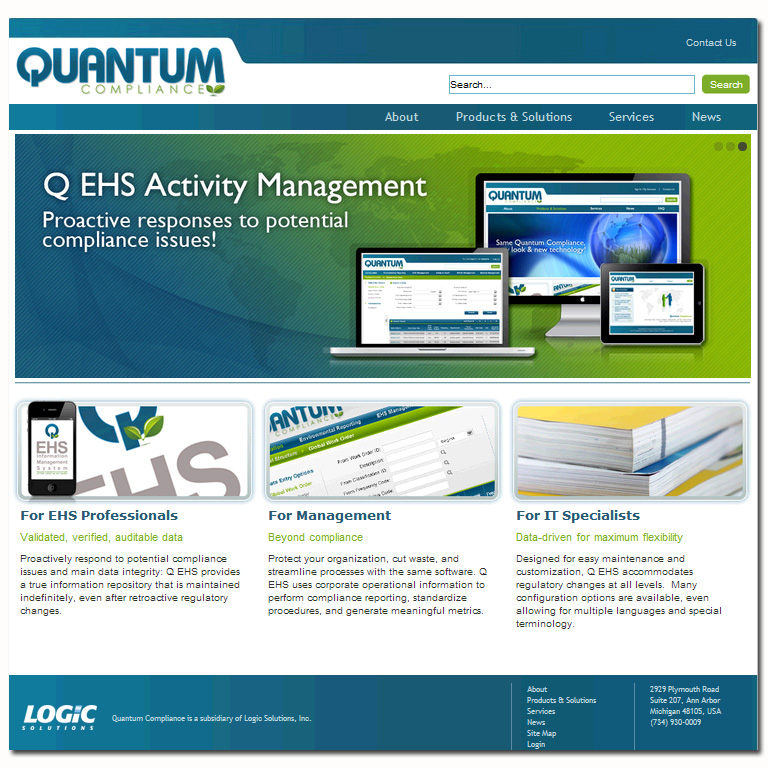 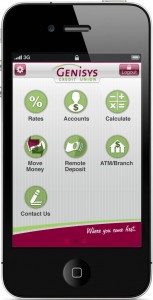 Genisys Credit Union is one of the largest credit unions in Michigan with 132,000 members and over $1.4 billion in assets. Genisys partnered with Logic to create a world-class mobile banking experience that helps deliver greater convenience and increased loyalty.

Security is the central feature of the Genisys application. Fully encrypted and equipped to guard against unauthorized access, Genisys Credit Union members enjoy ease of use and peace of mind when banking with their iPad or iPhone.

The Android version is in development and is expected to be available toward the end of the year.  Members can download the iOS app for free in the App Store.

As you have been reading, we have been quite busy making a number of upgrades to Quantum Compliance’s software.  We have also launched a major improvement to the website at http://www.UseQuantum.com.

Staying compliant with multiple standards and regulatory bodies is a growing concern for most corporations.  Please be sure to check out our site for solutions that make compliance simple. 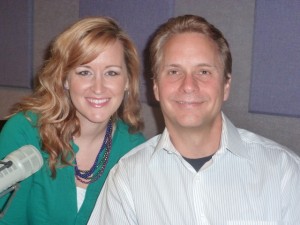 The user-friendly interface significantly improves the walkthrough process, making it quicker and more highly focused. digiCOACH functions in classrooms without an internet connection; information is stored locally on the device until a user synchronizes with a secure cloud database.

Listen to the Tech Thursday audio.

Protect Your Company from EH&S Risks and Violations (video)

Angela has also been selected for another mentorship program, switching roles to act as a professional mentor of one of the Challenge Detroit winners.

What’s Up With Jimmy 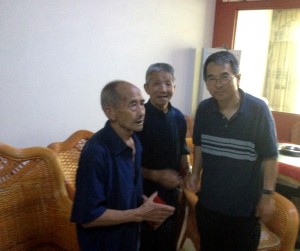 For every popular internet technology in the U.S., there is a similar one in China. There is Baidu which is comparable to Google. Tao Bao is similar to eBay, and Weibo works a lot like Twitter. These technologies have fundamentally changed the way we live. Weibo’s tremendous popularity certainly has helped me in the most recent trip to China, a story I just had to share.

Shin-Ming Shyu, a Professor of Architecture at Eastern Michigan University who I have known for over 20 years, told me that he wished to find his family roots in China.  Shin-Ming was born and raised in Taiwan, but both his parents immigrated there from mainland China in 1949, during the civil war. The war divided the Chinese people for an entire generation. My father, who also left for Taiwan from China before the war, went back in 1978 to see his dying mother. That trip forced my father to be in exile for years until Taiwan and China opened direct communication.

Unfortunately, Shin-Ming’s father passed away forty years ago, before he was able to reunite with his family. Shin-Ming promised his father that he would go back to China someday to find his roots. I told Shin-Ming that I would like to try to go to Szechuan with him to give it a try. It sounded like another adventure that “Curious Jimmy” can’t pass up.

Read more of this amazing story on our blog.