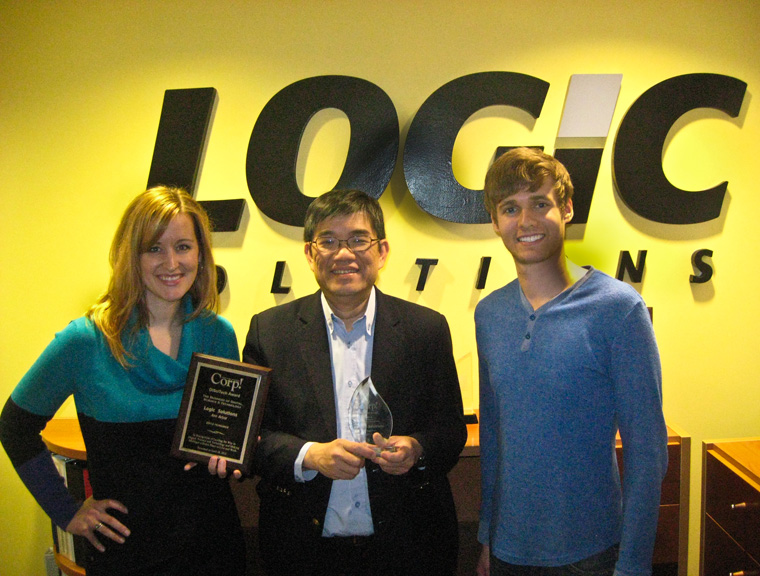 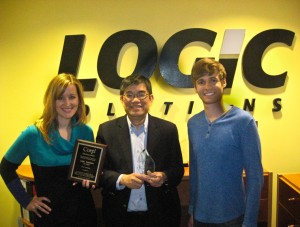 FOR IMMEDIATE RELEASE—APRIL 22, 2013—ANN ARBOR, MI—Logic Solutions CEO Jimmy Hsiao accepted Corp! magazine’s first-ever Digital Company of the Year award at the magazine’s annual DiSciTech Awards ceremony on April 18, at Oakland Community College in Auburn Hills. Corp!DiSciTech award winners are leaders in the Digital, Technology, and Science industries that push the boundaries of their fields through innovation and research.

Of the 19 Michigan-based digital technology companies and institutions receivedCorp! awards, Logic was named the category’s overall winner for going “above and beyond” the competition.

The award follows a year of significant growth for Logic, which was named one of the Michigan 50 Companies to Watch in 2012. Since then Logic’s mobile development practice has more than tripled, and the firm is expanding its global presence to Chicago. 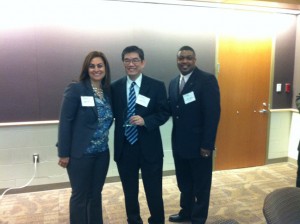 “We are thrilled that Corp! recognizes Logic as digital leaders,” said Hsiao. “There is very healthy competition among application development companies in Southeast Michigan, so this award is especially meaningful. We strive to create apps that are second to none.”

Matt Roush of WWJ Newsradio 950 emceed the award presentation. Hajj Flemings, president and founder of Brand Camp University, offered the keynote “Why Your Brand Matters in a Digital World Today.”

Founded in 1995, Logic Solutions, Inc. is a privately held minority-owned corporation specializing in web and mobile application development. Logic also offers the Showcase™ mobile sales system for iPad. The firm is headquartered in Ann Arbor, MI with locations around the globe.

More information is available at https://www.logicsolutions.com.