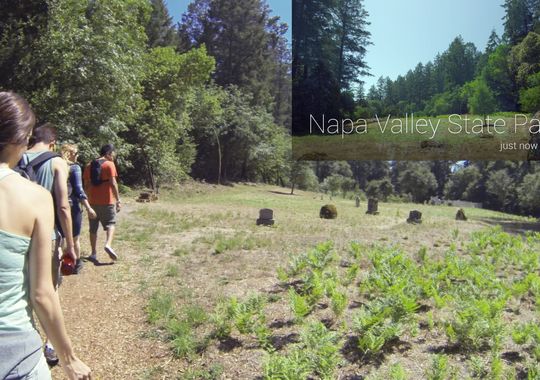 Sit back, relax, and enjoy another segment of Logic’s weekly blog. This time, we will feature a security researcher who hacked Zuckerberg’s Facebook wall, the safest car in the world, a tour guide that looks oddly like Google Glass, and more!

Earlier this week, security researcher Khalil Shreateh uncovered a bug that allowed him to post on anyone’s Facebook wall. To report the bug, he posted on Sarah Goodin’s (a college friend of Mark Zuckerberg) wall and sent a link to the post to the Facebook Security team. However, the security team member, who clicked the link couldn’t access Goodin’s visible-to-friends-only wall, responded with “I don’t see anything when I click the link except an error.” Khalil submitted the bug again, explaining why they couldn’t see the post, but the same member of the security team responded with “I am sorry this is not a bug,” clearly not grasping the situation. Frustrated, Khalil simply posted on Zuckerberg’s wall to prove his point. As a reward for finding the bug, Khalil got… nothing, because he violated the Terms and Conditions, but just a few days later, internet users raised more than $11,000 to congratulate Kahlil.

If you google ‘iPhone pictures’, you’re greeted with hundreds of images of black and white iPhones. Users have bought various types of covers to spice things up, but Apple has kept a stern eye on the perfection of pure black and white… until now. Leaked photos show the release of a gold iPhone 5S. In addition, the iPhone 5C, a cheaper iPhone made of plastic, will come in a variety of bright colors (yellow, green, blue, pink).

The Safest Car in the World

The new Tesla Model S electric luxury car has achieved the highest score ever in US safety tests. This is attributed to a few major reasons. First, the Model S contains a rear-mounted electric motor, which allows for a longer crumple zone in the front to absorb an impact. Second, the floor-mounted battery pack provides a low center of gravity, which provides rollover protection. Third, a centre pillar reinforcement let the car roof withstand more than 4g’s, which basically means that you could stack 4 Model S cars on top of the original, and the roof would still not collapse. These factors and more gave the car a rating of 5.4 out of 5. How is that even possible?!

That’s the number of people in the world without Internet, but Zuckerberg is looking to change that. Facebook formed a partnership with Samsung Electronics, Nokia, Qualcomm, and others – a group collectively known as Internet.org – to make Internet access available to everyone on Earth. While this movement is certainly not entirely charity-driven, it is a big step forward to bringing the world online.

Today’s Tour Guide Will Be… Your Glasses!

Developers have been frantically creating new apps for the Google Glass, trying to gain a solid foothold in the market before the Glass is publically released. One of the early “Glassware apps” is Field Trip. Field Trip uses GPS information, interests, and history to provide information about nearby tourist spots, landmarks, historic sights, restaurants, and nightclubs.  Field Trip was released on the Android and Apple iOS not too long ago, but presenting it on Glass “is less distracting because it keeps your eyes free, which is the whole idea, that you can actually see the thing in front of you.” You can find a sample video of what it offers here.