“The New Science of Sales Force Productivity” (Harvard Business Review) addresses a pain point common to many sales managers—how many new reps should one hire to achieve increased targets set by corporate?  The authors posit that by taking a scientific approach to sales processes rather than trying to hire costly rainmakers, a company can dramatically increase the productivity of all its salespeople.

Inadequate or outdated tools and unaddressed process barriers often result in sales reps spending too much time doing things that aren’t selling.  Instead, the “TOPSales Approach” names optimized tools (such as new technology) and enhancements in salesforce deployment as key factors that vastly improve a sales team’s efficacy in selling.

In fact, we’ve seen multiple studies that name “time spent not selling” as the major impediment to sales success.  The aforementioned study states that often more than half of a sales rep’s total daily work hours involve “non-customer-facing time”, while others claim that as much 75% of a workday is wasted on unnecessarily tedious administrative tasks!

The researchers also recount a remarkable case study: Cisco once tasked its IT department with reducing reps’ nonselling time by only a few hours a week.  The team achieved that modest goal, which led to several hundred million dollars in additional revenue.

One of the most interesting results of employing a scientific approach to improving sales is that productivity was most greatly increased among the lower-ranked performers: as much as a 200% jump in output in some cases. 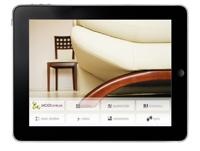 In my last post, I discussed the startling finding that only 4% of salespeople in the US sell 94% of all goods and services.  Making a huge investment (of both money and time) in new personnel won’t alter that ratio.  However, you may be able to significantly narrow your sales performance gap and subsequently increase your sales yield, by providing technology that streamlines processes, allowing for much more (and much better) customer-facing time.

Sound like a good plan?  Then you probably want to see if Showcase is the tool to get you there.