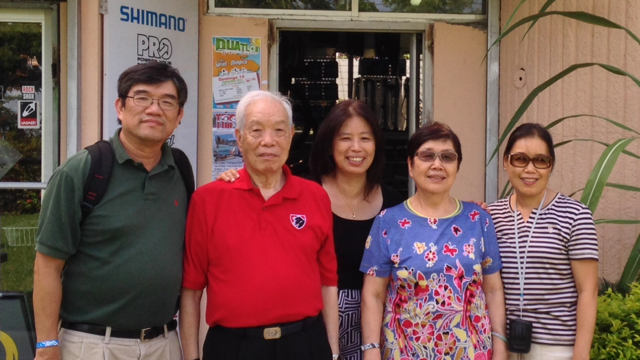 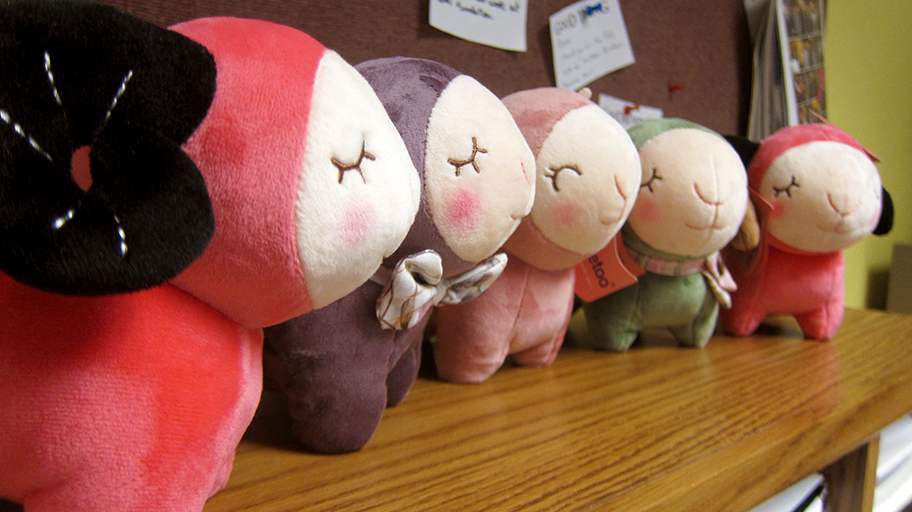 Every year when I travel to Asia to celebrate Chinese New Year, I usually bring back a ton of stuffed animals for the animal of the year. Last week I brought back around 40 goats. They are so cute and were gone minutes after arriving at the office. Some years, I struggle to give the stuffed animals away because they’re not as cute. Who would’ve thought that goats would be so popular?

The most popular auspicious phrase for the new Year of the Goat is “Three goats bring peace and safety (三羊開泰)”.  This is a play on the saying “Three suns bring peace and safety” because “goat” and “sun” in Chinese have the same pronunciation. The saying is a wish for the three suns (who were sons of an ancient god) to bring a prosperous early spring (new year).

I am not sure if I need three goats or not,  but there were many things that happened in the Year of the Horse in sets of three that led to the Year of the Goat that I want to share here.

Three Days of Disasters
There were three consecutive days of disasters during my visit to Shanghai last summer. The first one was on August 1 when a series of explosions from a chemical company’s pipe leakage in Kaohsiung, Taiwan ripped through 6 kilometers of road and killed 25 people. The second one was the explosion at Kunshan Zhongrong Metal Products, an automotive parts manufacturer, on August 2 in Kunshan, an industrial city in the eastern province of Jiangsu, China. The blast killed 68 people. The third one was on August 3 when a magnitude 6.1 earthquake shook the province of Yunnan and killed 617 people.

Each day there was a headline of a major catastrophe, and every morning at breakfast I was shaken. The owners of the chemical company in Kaohsiung and the automotive parts manufacturer in Kunshan expressed their sincerest regrets after they were arrested for negligence. They both said that they knew that there were things that they could have done to prevent such tragedies, but they just had not gotten around to doing it. These tragedies could have been prevented but, instead, these owners willfully put their employees and civilians at risk because they didn’t want to spend the money implementing safety protocols.

Quantum Compliance (www.usequantum.com), a subsidiary of Logic Solutions that specializes in environmental health and safety software solutions, had numerous discussions with companies in China last year. Many companies agreed that our software would greatly enhance the health and safety of their employees, yet I was told over and over again that their management was more focused in growing top line (revenue) so these safety measures would have to wait. Similarly, many city officials in most Chinese cities are so proud of their rapidly-built skyscrapers that they fail to consider the environment or the safety of their cities. As a result, their focus is not on maximizing the safety of their people and the damage done to the environment and the numbers of poorly-structured buildings continue to increase.

As we move forward into 2015, I want to focus on how the Year of the Goat can help us think more about the safety of the people around us and the impact we have on the world.

Three Countries to Call Home
2014 was the first year I was able to travel to three countries that I was or still am a citizen of and that I called home.

Our family reunion in front of the condo where we used to live in Santo Domingo.

I lived in Taiwan from 1963-1978, and in the Dominican Republic from 1978-1980, and have been in the US since 1980. Many months ago, I got an invitation to my good friend Shin-ming’s daughter, Elisa, and her fiancé’s, Chad, wedding in the Dominican Republic, which has become a hot wedding destination in recent years. I got so excited, and told my wife and children that we were going to the Dominican Republic and could also see where I used to live. They’ve all heard me talking about the epic story of how my parents sold everything we ever owned in 3 months, and took my sisters and me to a country that we’ve never been and couldn’t speak the language of. My sisters heard about my plans to travel to the Dominican Republic and said their families wanted to see it as well. Not only that, but we also decided to bring our parents from Taiwan and make it into a big family reunion.

My father was separated from his family during the civil war in China and has been for more than 30 years. Going to Dominican Republic was the ticket for my father to reunite with his family (Taiwan and China were still very much enemy states in 1978). Although my parents paid a huge price to get out of Taiwan in 1978, the one-and-half years I spent in Santo Domingo were unforgettable.

Three “M”s That Gave Us Harbaugh
The Year of the Horse was also a year of turmoil for Michigan sports, but we all believe that we Michigan fans had our wishes come true by getting a top-notch football coach, Jim Harbaugh.

It costs millions to get a pricey coach nowadays, and Jim Harbaugh was no exception. Although he didn’t want to be the highest paid coach at the college level, the $5M salary and $2M bonus were no small package.

After rumors that University of Michigan offered the then-49ers coach a lucrative contract to return to Ann Arbor, Michigan’s huge alumni network and football fans, myself included, took to Twitter in anticipation for Harbaugh’s return. The buzz generated from social media and mobile users demonstrated to the coach that he would be well-received if he decided to return.

Finally, Jim Harbaugh is and was a Michigan man. He was Michigan’s quarterback when I was going to school and I would like to think he would give anything for the chance to return to the Wolverine state. You can take a man out of Ann Arbor but it is difficult to take the love for Ann Arbor out of the man.

Three Wishes for the New Year
While attending Tzu Chi Foundation’s entrepreneur camp last year, I was given a book called “Practice three kind things, realize three wishes every year”. The three wishes the book concludes with has stayed with me since.

Many things came in sets of three this past year. I know that the stuffed animal goats that I brought back will bring a year of peace, harmony, and safety to Ann Arbor. Happy Year of the Goat!

(Our non-Chinese-speaking members of the Management Team agreed to be a part of a video and try their hand at using Chinese to wish our overseas teams a Happy Chinese New Year. I think they did a better job than Mark Zuckerberg at his Beijing interview! You can watch our video below.)