In the United States, the majority of transcontinental freight rail lines operate under a small handful of companies, one of them being Union Pacific Railroad. Union Pacific is one of the world’s largest transportation companies and operates 8,500 locomotives over 32,100 route-miles in 23 states west of Chicago and New Orleans. For car companies looking to transport their vehicles across the country to dealerships, they had to use a combination of truck and rail routes to get cars from one state to the next in order to reach their final destination – a distributor or the vehicle owner.

Union Pacific Railroad had a partnership with Chrysler where Union Pacific’s subsidiary, Insight Network Logistics (INL), a third-party logistics company located in Auburn Hills, MI next to Chrysler’s headquarters, was responsible for Chrysler’s vehicle distributions and transportation logistics for all new vehicles coming off the line to their final destination.

Transportation logistics is confusing with a large number of variables. First, is route optimization. Vehicles could be transported cross country in 4 ways:

If a truck is involved in the transportation, a logistics company like INL would also have to decide which trucks to use. Trucks could also be owned by three different parties. They could be

In addition to route optimization, there was also car optimization. INL would have to calculate and take into account

And finally, INL had to track every individual vehicle’s location in the country.

INL not only wanted to still manage the movement of all new Chrysler vehicles, they also wanted to open it up to anyone who wanted to move one or many vehicles across the country.

Logic Solutions partnered with another company, BHMI, to create an app to alleviate INL (and Union Pacific)’s pain. The cornerstone web application, located at ShipCarsNow.com, was built to encompass all facets of shipping logistics, including:

ShipCarsNow.com achieves a high-level of service by empowering its customers with tools and information critical to vehicle distribution. The application also allows internal staff to easily interact with its external suppliers, and operate a lean and efficient vehicle brokerage operation.

In addition to car manufacturers and suppliers, the general public could also use ShipCarsNow.com to request a vehicle delivered to a specified destination. ShipCarsNow.com has a built-in calculator that would provide an estimate of how much it would cost to transport the vehicle and provide multiple shipping options based on the cost and transportation time. The web app took all of these variables into account and optimized the transportation route so that Union Pacific could make the most profit while giving customers a high return on investment.

ShipCarsNow.com eliminated hours of INL’s complex spreadsheet work, made transportation logistics a far more efficient process, saved INL and Union Pacific resources and efforts that could be better spent on other company operations. 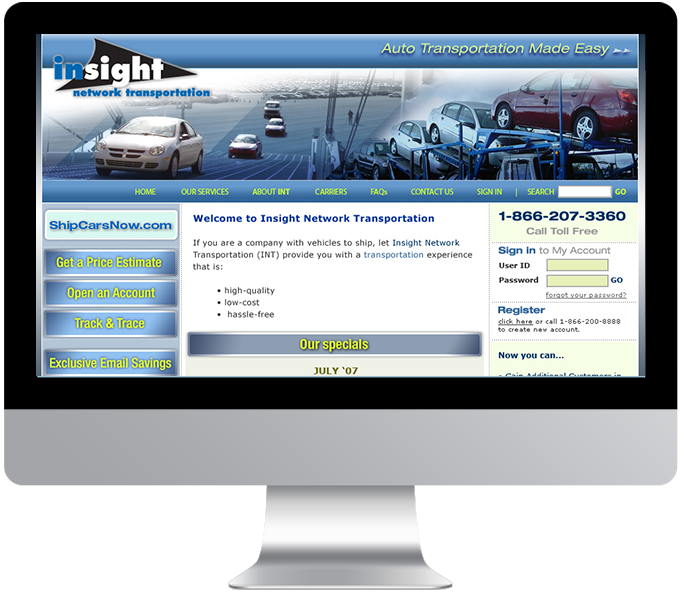 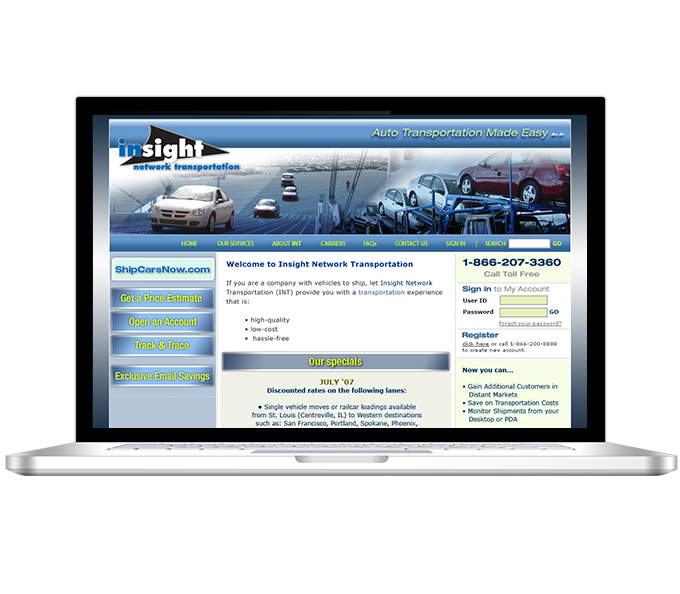 Looking for a custom web solution? Let’s get started.