STAY IN THE BLUE

University of Michigan’s University Health Service (UHS) is a comprehensive healthcare clinic for University of Michigan students, faculty, and staff. Located on Ann Arbor’s central campus, UHS provides health-related resources and services to students and the broader University of Michigan community. As a part of its program on alcohol and other drug-related health concerns, UHS created a mobile app called “Stay In The Blue” to assist students with moderating their alcohol intake. The name of the app refers to staying in the “blue” zone (a color block on the app relating to a blood alcohol content of .06 or below. Different color blocks indicate different levels of intoxication) when drinking so that they lower risk while still having fun.

The Stay In The Blue app was originally developed and released by UM students, and although it successfully met their basic goal of helping students be more aware their blood alcohol content (BAC) levels, UHS quickly realized that this version didn’t meet all of their needs.

The original app quickly fell behind on the latest software platforms, and the design and UX needed some updates. The brief overview of feature changes UHS wanted to be added to the app included:

Logic Solutions jumped in on the project to help with these app upgrades and enhancements, and to take the app to the next level.

The app allows students to track their blood alcohol content (BAC), gives them tips to stay safer, lets them know when they are at or past .08 (legally drunk level), has UM policy information, tips to lower the drinking risk, and phone numbers to call a cab. Additionally, Stay In The Blue tells students how many standard drinks they’ve consumed, their BAC at any point in the night and provides an end-of-the-night report showing them if they are in the blue (preferred), maize, orange, or red.

The original version of Stay In The Blue already had all of the basic features that UHS wanted, and Logic Solutions helped to expand upon these existing features.

In addition to enhancing these existing features, Logic streamlined app design to be more user-centered. We shortened the average number of buttons a user would have to press to add more drinks to their evening’s BAC calculator, finding a list of more fun things to do, and calling for a cab or campus security. We also reworked the size and positioning of buttons and text in the app so that users are less likely to accidentally press an incorrect button.

The updated app has been a huge success for UHS. Many University of Michigan students have found that moderating their alcohol intake means more fun, less drama, and an increased likelihood of staying safe and “in the blue.” The Stay In The Blue app is one piece of the campaign that has helped educate students on how to make thoughtful choices that reduce harm.

Download Stay In The Blue on the App Store or Google Play!

“Logic Solutions took a great student tool to the next level. They were incredibly responsive to our needs and budget and had communication along the way that kept us in sync. I enjoyed working with them!” – Marsha Benz, Health Educator at University Health Services 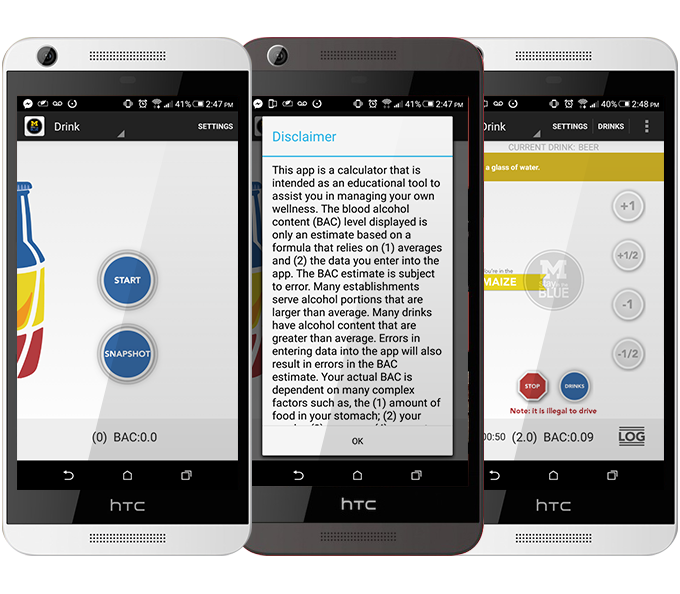 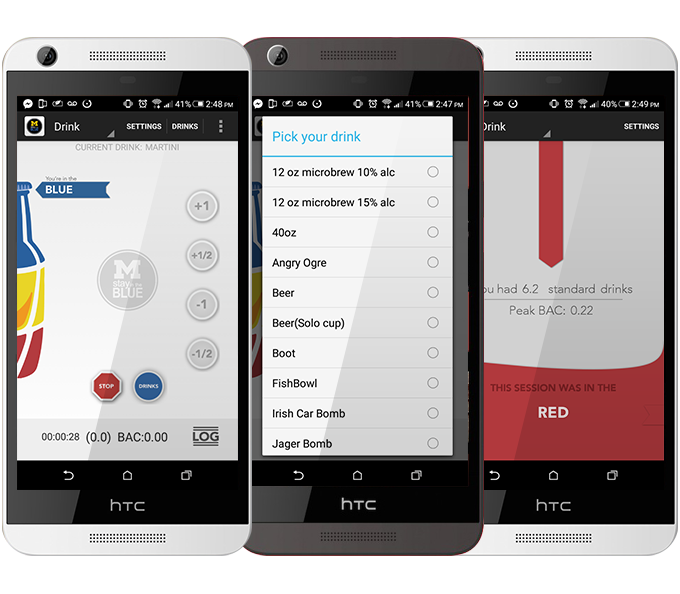 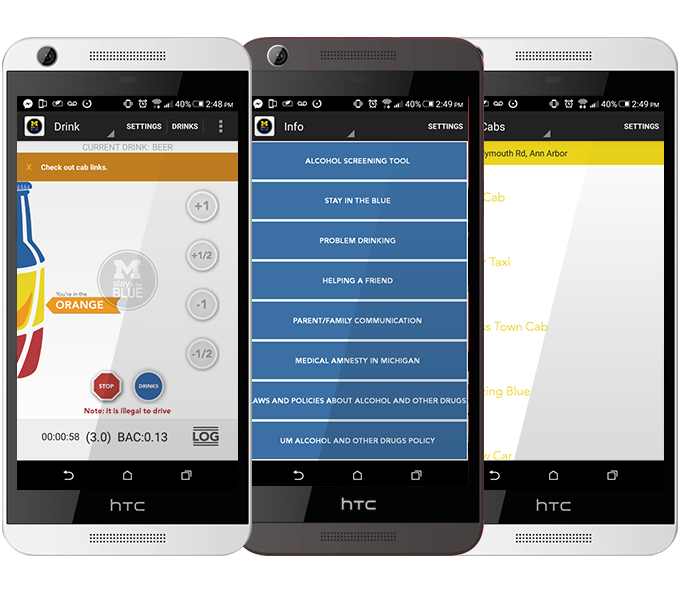 Looking for a custom mobile solution? Let’s get started.