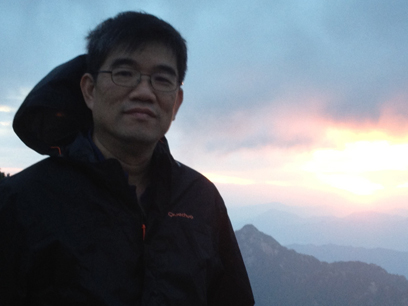 As many of you know, I frequently travel between Ann Arbor and China and come back with a lot of stories. Here are some bits and pieces from my most recent trip:

The air quality has improved some since then, but now the environmental news is focused on dead pigs. Over 16,000 dead pig carcasses have been discovered in the Huangpu River.

Logic’s Quantum EH&S software features a module for air quality management. Maybe we should develop one for dead pig management and sell it in China?

On the other hand, Orbitz’s financial performance and stock prices have been going up and up since the beginning of the year. They attribute their success to their focus on mobile strategy—about 30% of orders are processed from the Orbitz mobile app.

I thought to myself…isn’t this the reason that Logic publishes so many materials stressing the importance of mobile strategy?

I was first impressed by the hostess’ politeness, when she said welcomed us in Korean and then Chinese, but with a strange accent. I asked my friend about her accent, and he told me that is North Korean, and that we were at a real North Korea government-run restaurant in Shanghai. Everyone from the dishwashers to the waitresses are from North Korea. They are all well trained in their manners and language; I was really blown away.

There were all very careful in what they said, but extremely polite and accommodating. When I asked to take some pictures, they said that their leaders don’t allow any photos inside the restaurant, but they agreed to take a photo outside building with me. They specifically pointed out the flag above the restaurant as the symbol of their “great nation.”