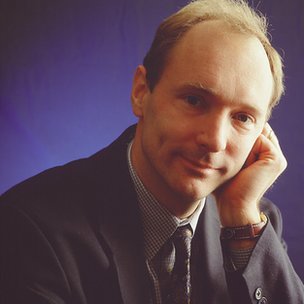 Spring fever has been in full force over the past week. While you’ve been enjoying the warm weather, we’ve been keeping tabs on the significant tech events of last week. Enjoy.

Internet at 20 and Cern

Last week marked the 20th anniversary of the Internet as developed by Professor Sir Tim Berners-Lee (see image) while working at Cern. The research center announced plans to re-create the first web page utilizing the original machines (the NeXT computer). The goal is to “preserve the original hardware and software associated with the birth of the web” (BBC). Not only did Professor Sir Tim Berners-Lee create the most innovative and disruptive technology of the 20th century, he also released it for free so that all may benefit from its impact.

A research report by the firm IDC states that over 49.2 million tablets shipped during the first three months of 2013. The results are more than twice the number of tablets shipped the same time last year.

The Internet was ablaze with iOS rumors shortly after Apple announced tickets for its annual WWDC. Multiple sources speculate that the newest iOS update will include a graphical interface overhaul. This is the result of a management shuffle at Apple last October. The new OS will be presented June 10th.

Michigan’s economy is taking a technology-centric turn (for the better). Companies from all corners of the economy are in dire need of software/application developers. Our blog post provides an in-depth view of the new technology opportunity in Michigan.

How large is the opportunity? Almost 40% of Michigan job openings are for software developers.