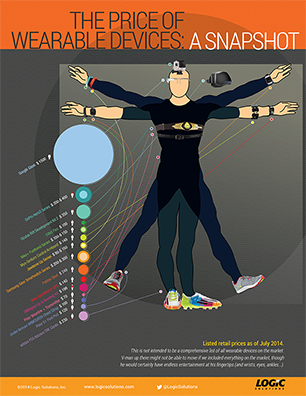 This is the second post in our ‘What the Heck Is?’ series. Our first post, about the Internet of Things, can be found here.

Look closely and you’ll see wearables everywhere: on a commuter’s wrist boarding a train, around an athlete’s chest at the gym and so on. If you haven’t seen them yet, you’re about to see a lot more of them. 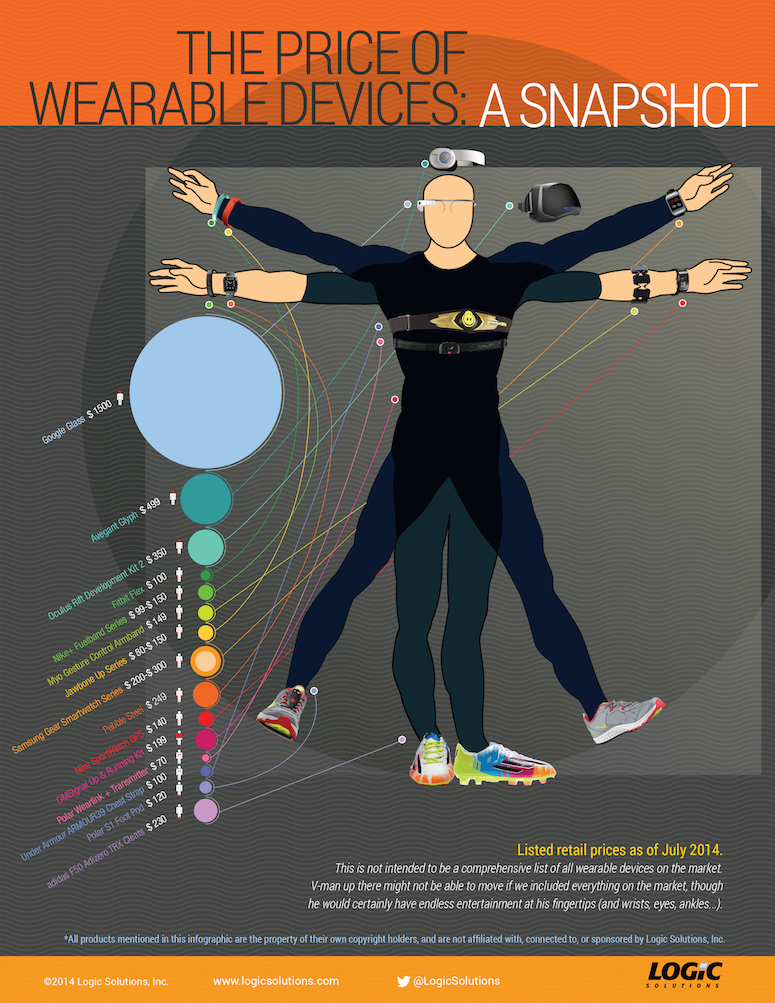 With the impending release of Apple’s iWatch, Morgan Stanley predicts the company to sell between 30 and 60 million iWatches in the first year alone.

So, just what are wearables? Okay, I’m sorry for this, but I went to Wikipedia for a concise definition: “Wearable technology, tech togs, or fashion electronics are clothing and accessories incorporating computer and advanced electronic technologies.”

Popular examples include Fitbit, a fitness band users wear on their wrist to track calories spent, steps, distance walked, etc. Google Glass, an eyeglass-like device, has been grabbing headlines for not only its robust functionality but also the public’s skepticism. You can download our PDF for a brief snapshot of other wearables on the market and their prices.

Wearables still are a technology for early adopters, which means there are plenty of detractors. Some question privacy concerns, bars in San Francisco banned Google Glass, while others can question safety concerns, pointing to the million Fitbits that were recently recalled for causing rashes.

Despite these obstacles, it doesn’t look like much will slow the march of wearable tech. Juniper research predicted the market to jump from its current $2 billion value to $19 billion by 2018. Some doctors are experimenting with Google Glass in the operating room, and even the best-selling author David Sedaris can’t help but gush about his Fitbit.

The market and the technology are evolving so fast that it’s hard to truly know what the landscape will be like in six months, let alone 2018. For example, Pebble Steel sold like hot cakes earlier this year, but the introduction Android Wear has many users considering bolting for Android-powered devices. Is there another groundbreaking technology around the corner that could flip the wearables market its head? It’s definitely possible in such a young field. For now, approach wearables with caution for the present but allow yourself to be wildly optimistic for the future. 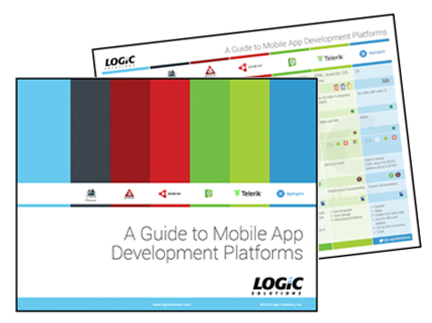 Compare the pros and possible limitations of top six mobile development tools on the market.

Pierce Courchaine is a marketing coordinator at Logic Solutions. When he’s not in the office, he’s rumbling around the country in a 1996 Honda Civic he lovingly named Martha. Martha’s air conditioning doesn’t work anymore, her power locks failed, her back left window doesn’t open and her 106 horsepower has made for some heart-pounding races against Vespas. For some reason, he’s the only one who can see what’s special about her.